A challenging economic climate and increased caution from banks has left some nurseries unable to expand in the past few years. Katy Morton finds indications that things may be improving

While the National Day Nurseries Association's most recent business performance survey revealed that fewer nurseries found banks to be supportive in 2012 than in 2010, a recent increase in the number of settings securing finance shows there might be light at the end of the tunnel.

Although childcare providers claim that banks are still very cautious, there have been hints of the financial institutions' increased willingness to lend to nursery businesses. 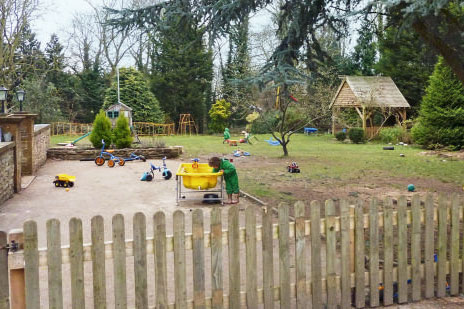 'In the past few years, it has been almost impossible to borrow money, which has slowed down our growth considerably,' says Tom Shea, director of Child First. 'Lenders started asking for more information, rates increased and terms and conditions changed substantially. However, last summer banks became more interested in good propositions.'

This is borne out by the fact that the six-setting group secured funding from HSBC towards the end of last year, to open a new nursery in Aylesbury and refurbish existing sites.

Tom Reed, managing director of Magic Nurseries, agrees that obtaining finance was more difficult in 2012 than in 2009 or 2010, but says several banks have made it clear that they are now ready and willing to lend.

'I would say it is as easy for a strong company to get finance now as it ever has been,' he says, 'although banks are more careful to do their due diligence before lending.'

The beginning of 2013 has seen a number of nursery expansions take place. In January, Bertram Nursery Group received funding of £7.8m to increase its number of childcare places, while February saw Treetops Nurseries acquire three settings from Toybox Nurseries. Last month, north London group Little Learners Pre-School secured a funding package from Santander Corporate & Commercial to expand its business, and Lakehouse Nurseries in North Somerset received 100 per cent funding from the bank to help it open its second setting.

Marcelino Castrillo, head of SME at Santander Corporate & Commercial, says the bank has had a positive start to 2013, and while economic conditions have not vastly improved there is increased certainty.

The Government's Funding for Lending scheme, designed to boost lending to households and businesses, superseded the £20bn National Loan Guarantee Scheme, which was set up to help small businesses borrow money from banks at a cheaper rate.

Barclays has also indicated it is willing to lend to nursery businesses, particularly if they can show a good track record.

'The economic climate is still quite challenging and nurseries are having to work hard, but the sector is robust and there continues to be demand for quality settings', says Ian Murchie, relationship director in the healthcare team at Barclays Corporate.

'At first there was uncertainty about the market in the downturn, but four years on providers know what impact it is having.'

Preparing a sound business plan is key to securing a loan. Mr Castrillo of Santander says that a strong, well-prepared strategic business plan is essential for growth and can help clarify the main business idea and define long-term objectives.

'A business plan provides a blueprint for running the business and a series of benchmarks to check progress against,' he explains. 'It shouldn't just be for the bank manager, but when it is being used to reinforce a lending application a business plan should clearly show where the business is going. It should set out the strategy for the next two to three years, identify priorities and show a good understanding of the local market, including competition and what space the business is looking to cover.'

Mr Castrillo adds that a business plan should be realistic, and should not ignore threats and challenges or overestimate growth. 'We want to understand the risks and how nursery owners will deal with them - this demonstrates the strength of the management,' he explains.

'When applying for finance, work out how much is needed and apply for the whole amount, including provisions for unexpected costs. This will look a lot better than having to come back later down the line.'

He also advises providing cash flow forecasts to show an ability to repay. 'The bank is investing in your business, so show the bank what this investment will achieve,' he says.

David Hancock, managing director of Treetops, says his group consulted with a number of advisors to draw up its business plan. However, group finance director Clare Wilson took the lead and continues to build on the organisation's relationship with its lender. Mr Shea of Child First also says he found drawing up a business plan relatively straightforward.

While most nursery groups report that obtaining finance and maintaining a good relationship with the lender has been a positive experience, some have experienced difficulties.

Mr Reed of Magic Nurseries explains, 'One of the largest banks, our lender at the time, used a legal technicality to get out of a long-term loan it no longer regarded as profitable. I found its behaviour to be dishonourable and would not deal with that bank again.'

But the group has not had any problems with its new bank, Barclays, which last year granted Magic Nurseries a loan of £3.25m over five years.

Bertram Nursery Group also saw the terms and conditions of its loan change when its previous lender increased its repayments - a move that managing director Graeme Scott says stopped his business from expanding. The 34-setting group moved to banking with Santander in January, and has since completed a refinancing deal.

'Your banking partner should be able to help you plan your way around potential obstacles, and if your bank does not listen or introduces changes you are not happy with then shop around,' says Mr Castrillo. 'Changing banks is not as hard as people think, and can have rewarding pay offs in the long term.

'It's always best to keep your relationship director informed of significant changes or problems coming up. Being open and honest about your progress can pay dividends.'

KEY THINGS TO INCLUDE FOR A STRONG BUSINESS PLAN

Additional requirements for a loan application

The National Day Nurseries Association (NDNA) is working to put nurseries in a stronger financial position. Chief executive Purnima Tanuku says, 'We are continuing to lobby the Government to offer PVI settings the same VAT and business rate relief as maintained settings.

'More than 80 per cent of the UK's 18,000 nurseries are in the PVI sector and the social, educational and economic value of these settings should be recognised in the taxation system.

'Government funding of the nursery sector needs to be right, but there are also many things a nursery can do to help the sustainability of its business. Good business planning and practice is essential for any nursery to fulfil its potential.

'At NDNA, we offer members a range of free business advice factsheets, a number of publications to help providers market their nurseries and run sustainable settings, and specialist financial software Calcul8, which helps with business forecasting.

'I would encourage all nurseries to join a network; working together will make the sector stronger. A shared local voice gives providers more influence when negotiating with a local authority about funding, and nurseries can save money and time - by co-ordinating group training, for example.'

According to the NDNA's current business survey, the average occupancy rate for nurseries in England was 71 per cent, a year-on-year drop of one per cent. There was significant variation between nurseries with the highest occupancy (100 per cent) and the lowest (10 per cent).