More nurseries are cutting out plastic

More nurseries are cutting out plastic

Nurseries are increasingly ditching single-use plastic in a bid to eliminate the harmful material from the environment.

According to Surfers Against Sewage (SAS), which runs Plastic Free Nurseries, its programme is growing in popularity with a total of 104 settings signed up.

This is up from 79 in 2018/19 and just one setting the year prior, Tops Day Nursery Havant, which was the first to achieve plastic-free nursery status under the programme.

A spokesperson for SAS said, ‘We are delighted at the growing interest from nurseries making a commitment to eradicate single-use plastic from their settings. Through developing the programme to work alongside the EYFS framework, we are able to help nurseries across the country to introduce the issue of single-use plastic to nursery children and their families and encourage them to be a driving force for change.’

Jigsaw Curzon House in Chester (pictured below) has just achieved the plastic-free status. The group of two settings took a number of steps to reduce or eradicate plastic use to achieve the status, including:

In June, the nurseries dedicated a whole month to recycling and sustainable behaviours. They have also organised litter-picks of the local community and beaches in North Wales. The latter was carried out by the nurseries' Coastal School group. 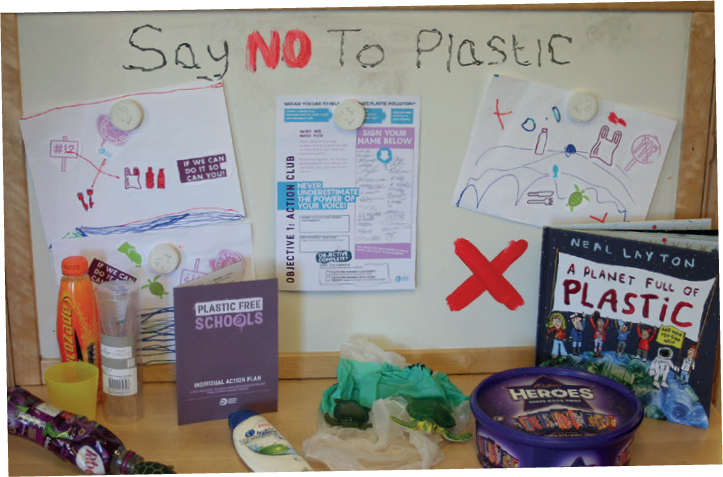 Surfers Against Sewage describes itself as a national marine conservative and campaigning charity that protects oceans, beaches, waves and wildlife.

Open to all childcare providers, Plastic Free Nurseries is designed to guide settings through the process of ditching single-use plastic through the power of campaigning.

Under the programme, settings must complete five objectives, designed to fit alongside the EYFS framework and teach children a positive environmental message.

Owner and manager of Jigsaw Curzon House, Claire Taylor, said, ‘The decision to sign up this programme was taken on two levels. First, we believe that it is critical that we educate our children on the importance of caring for our environment and the steps we need to take in order to achieve this. We already had a number of internal initiatives under way and, thanks to one of our engaged parents who was aware of the work we had already undertaken, a recommendation led us to the programme.

‘As a business with an ethical conscience, we want to ensure we are doing all we can to create a sustainable future for our children. Across our two nurseries we educate more than 250 young people a day and interact with around 500 parents weekly, which means our power to influence in a positive way is quite significant. This is a responsibility we have taken seriously and attempted to harness for a number of years.’

Ms Taylor added that the programme has been hugely well received by children, staff and parents who take great satisfaction in knowing their children are being taught valuable environmental lessons that were missing a generation before.

Cliffe House Day Nurseries, a group of six settings in West Yorkshire, has also been working on cutting back on the amount of single-use plastic they use in their nurseries.

They have reduced the number of plastic resources in all of the rooms of the nurseries, replacing them with open-ended, natural resources and swapped disposable plastic aprons for PVC wipeable ones for staff to wear during nappy changing.

The nursery group's next step is to introduce green recycling teams in each setting, giving children the opportunity to take more ownership of the recycling to inspire them and make them passionate about looking after their environment for themselves and future generations.

Tori Doherty, business development manager, said, ‘Reducing the amount of plastic going to landfill should be a community effort and we feel we are on our way to achieving that by introducing many different ways of being more environmentally aware.’

Another setting, My First Friends Nursery in Westdene, Brighton has replaced the majority of its plastic toys with wooden ones. The only plastic toys the nursery has remaining are Duplo and number blocks.